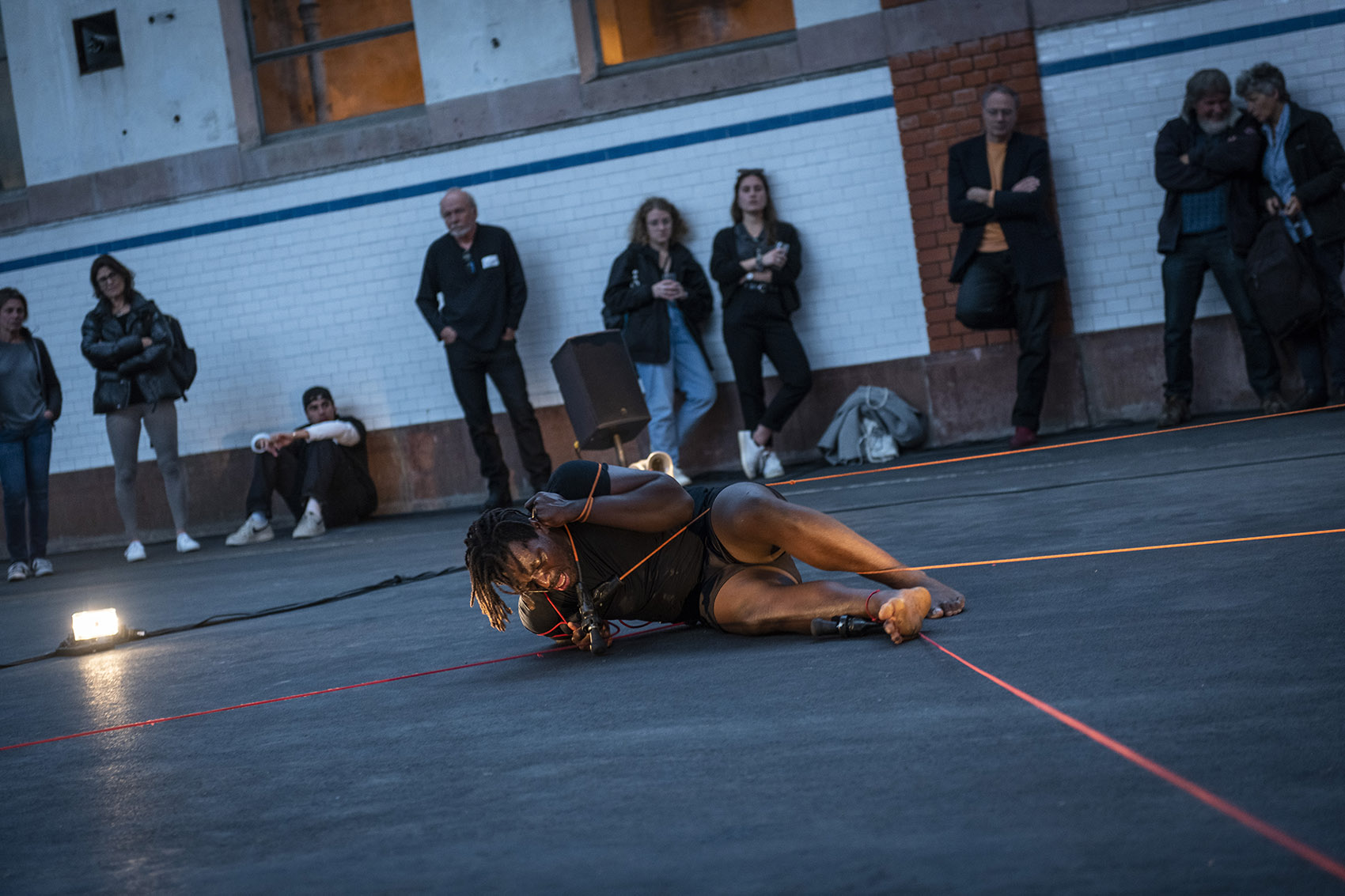 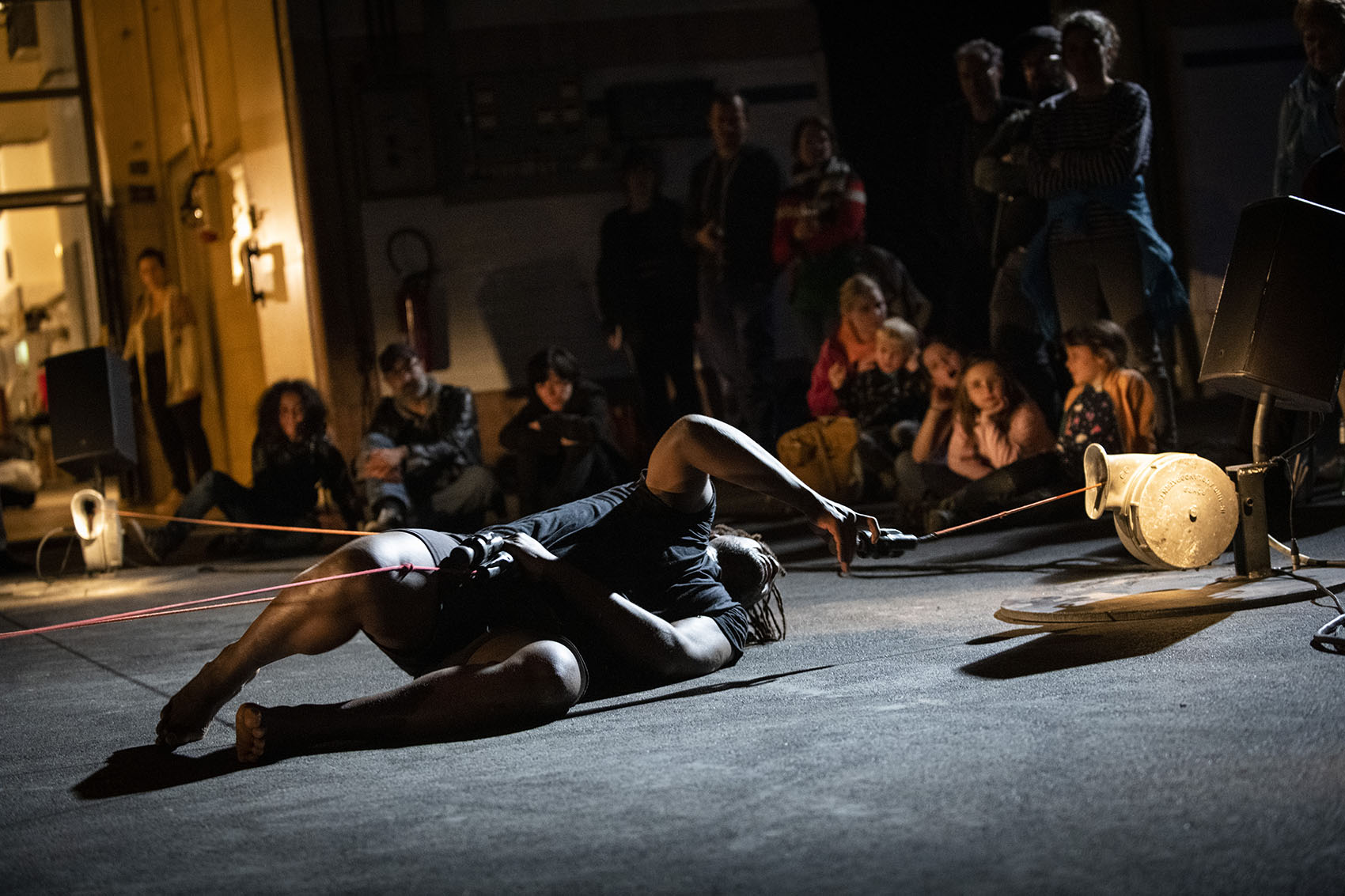 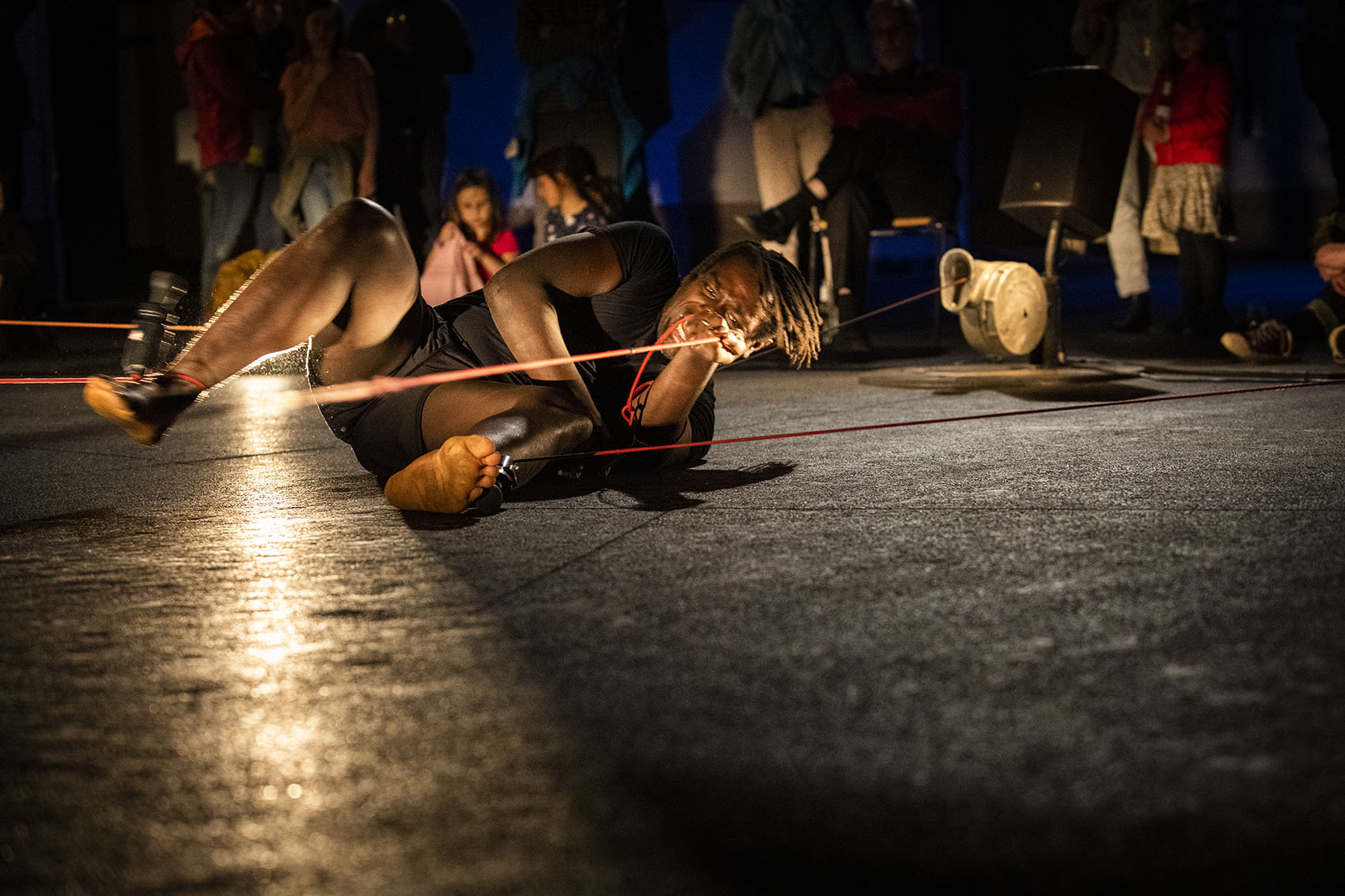 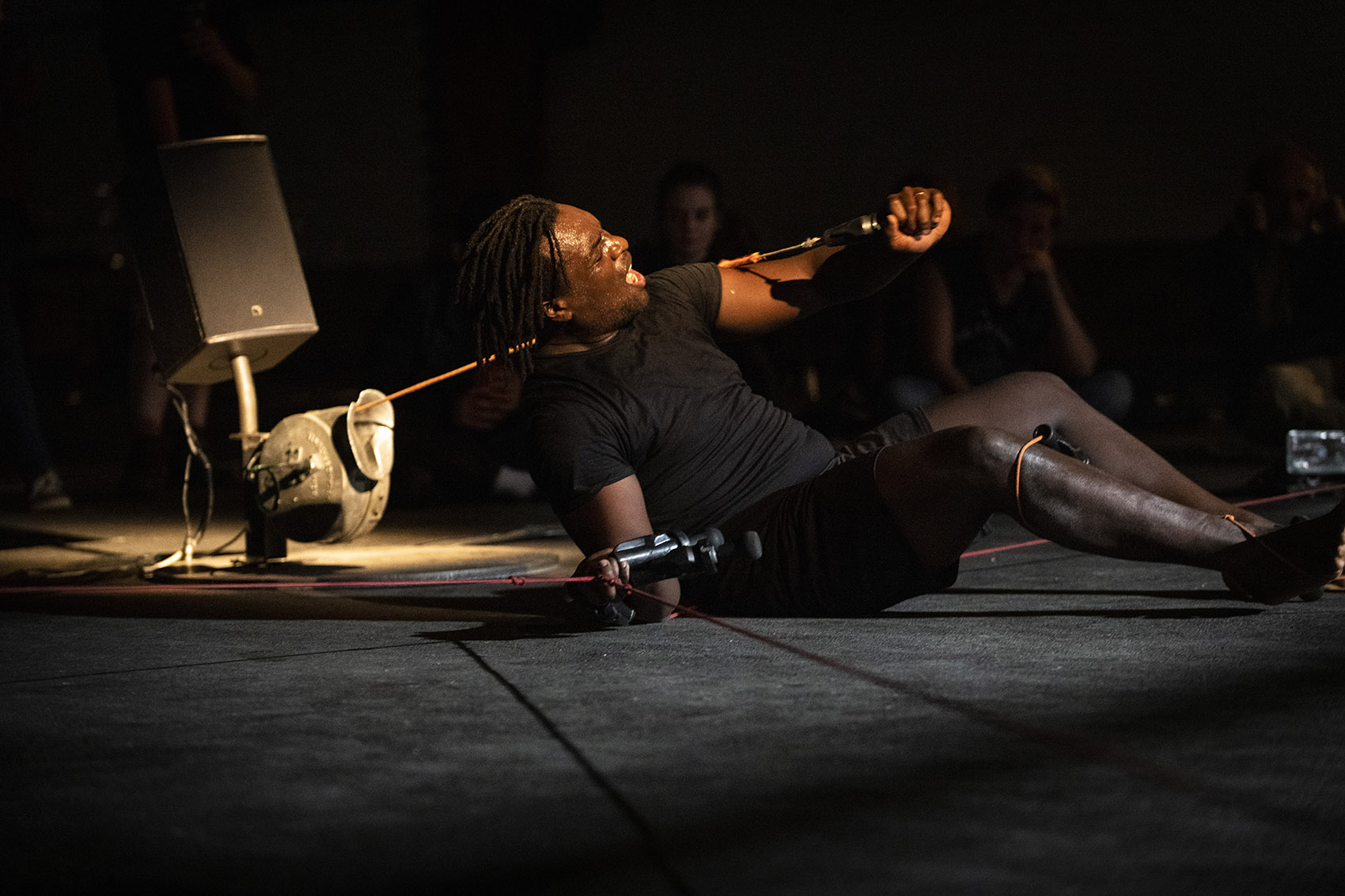 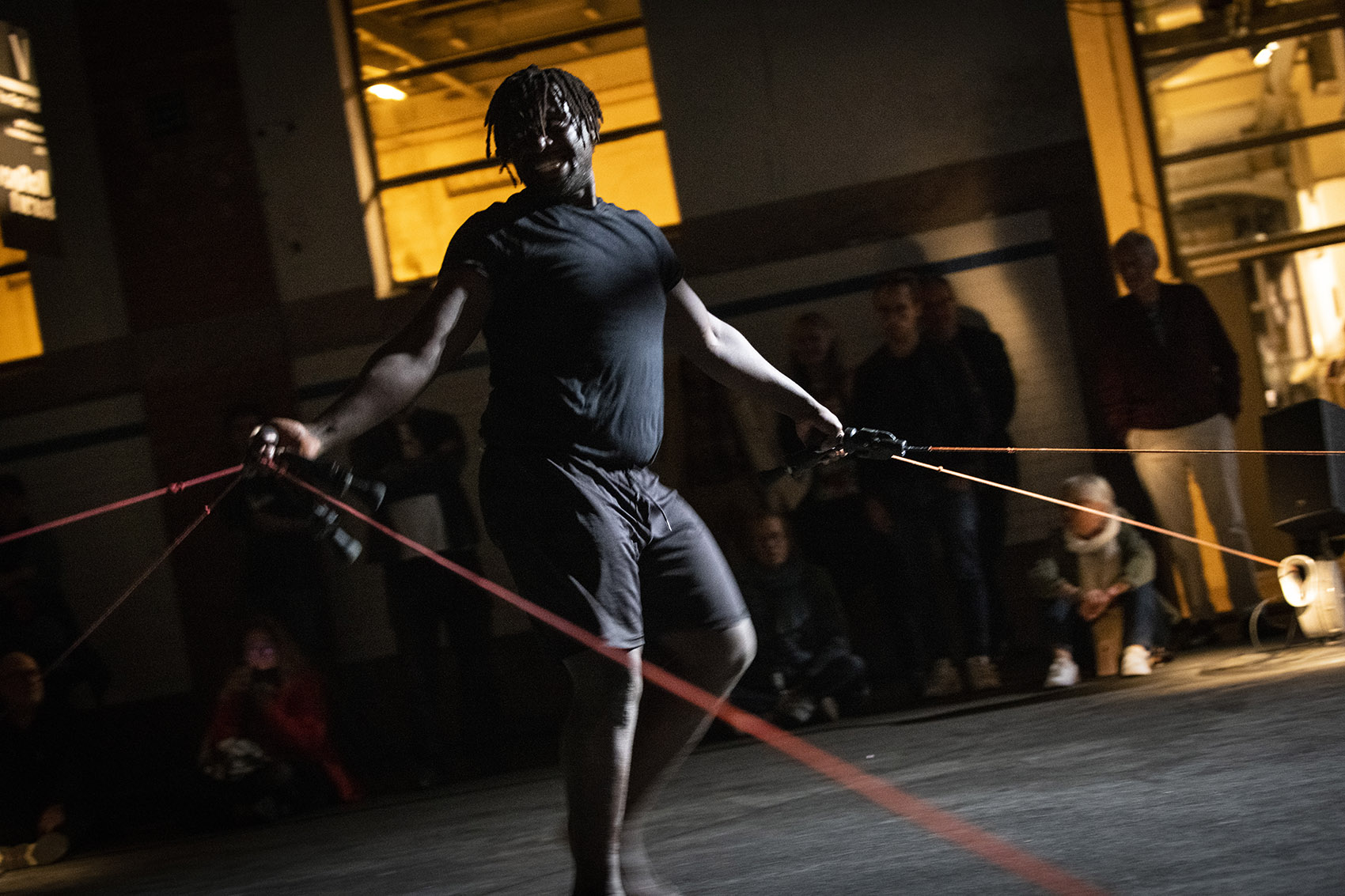 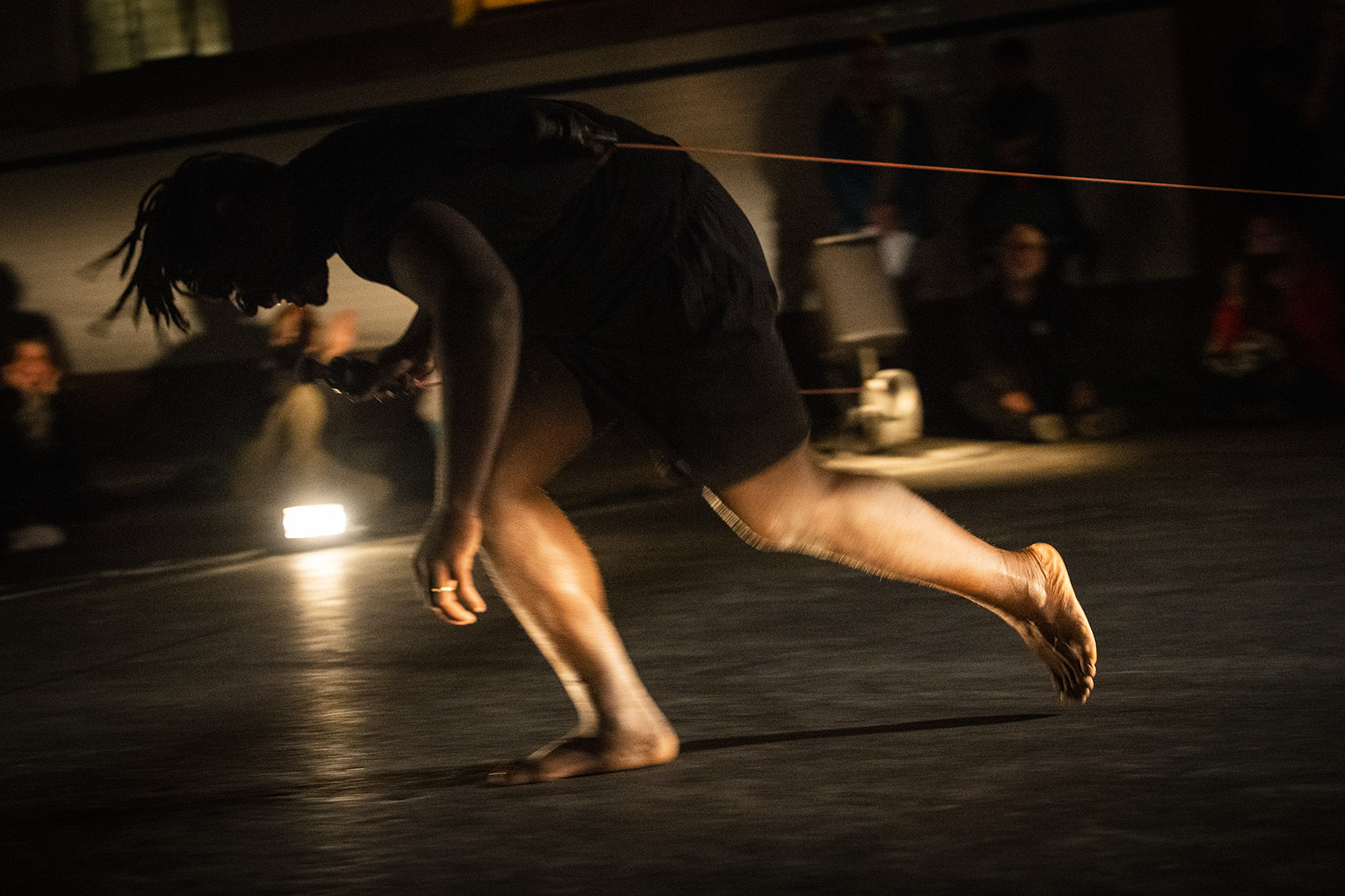 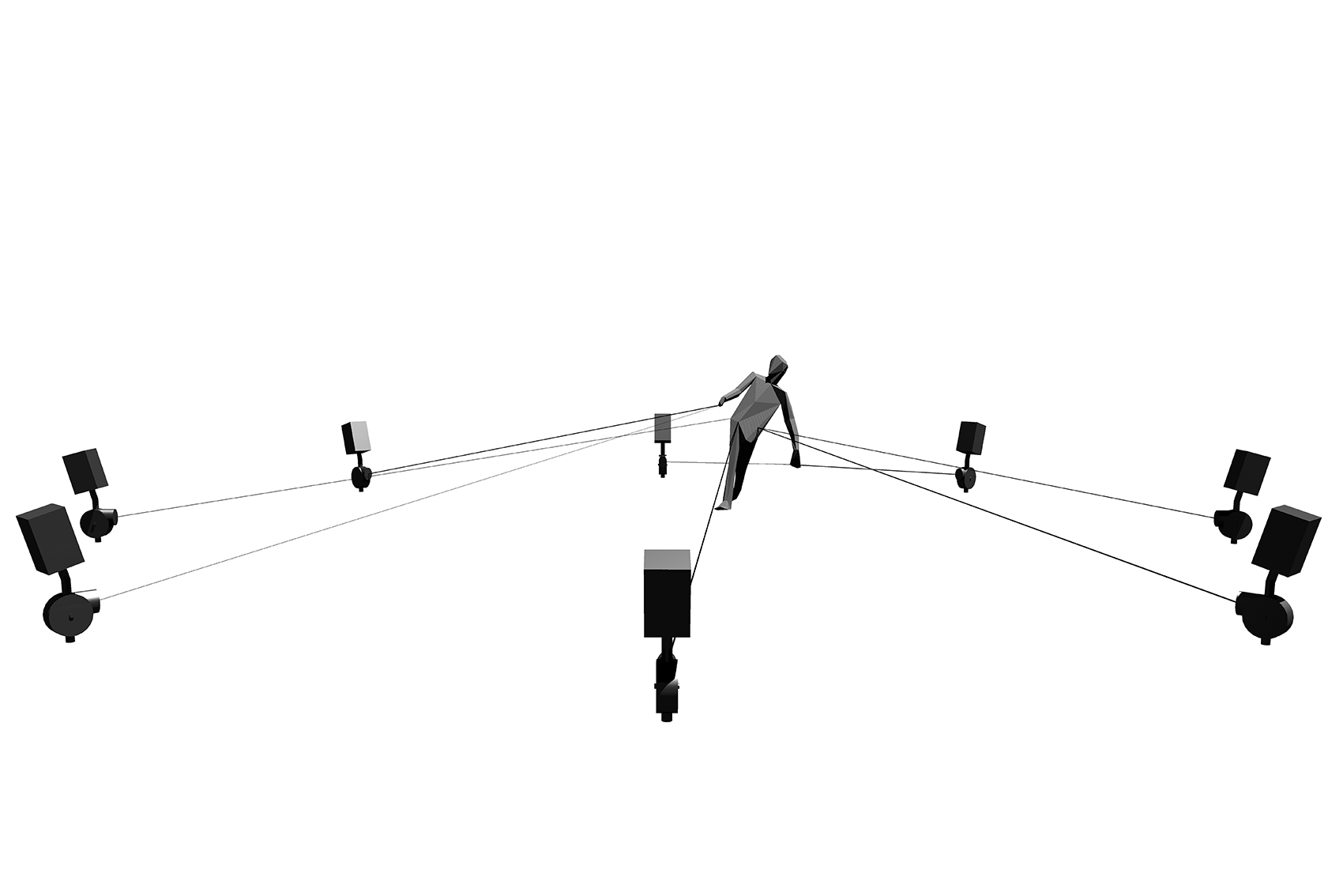 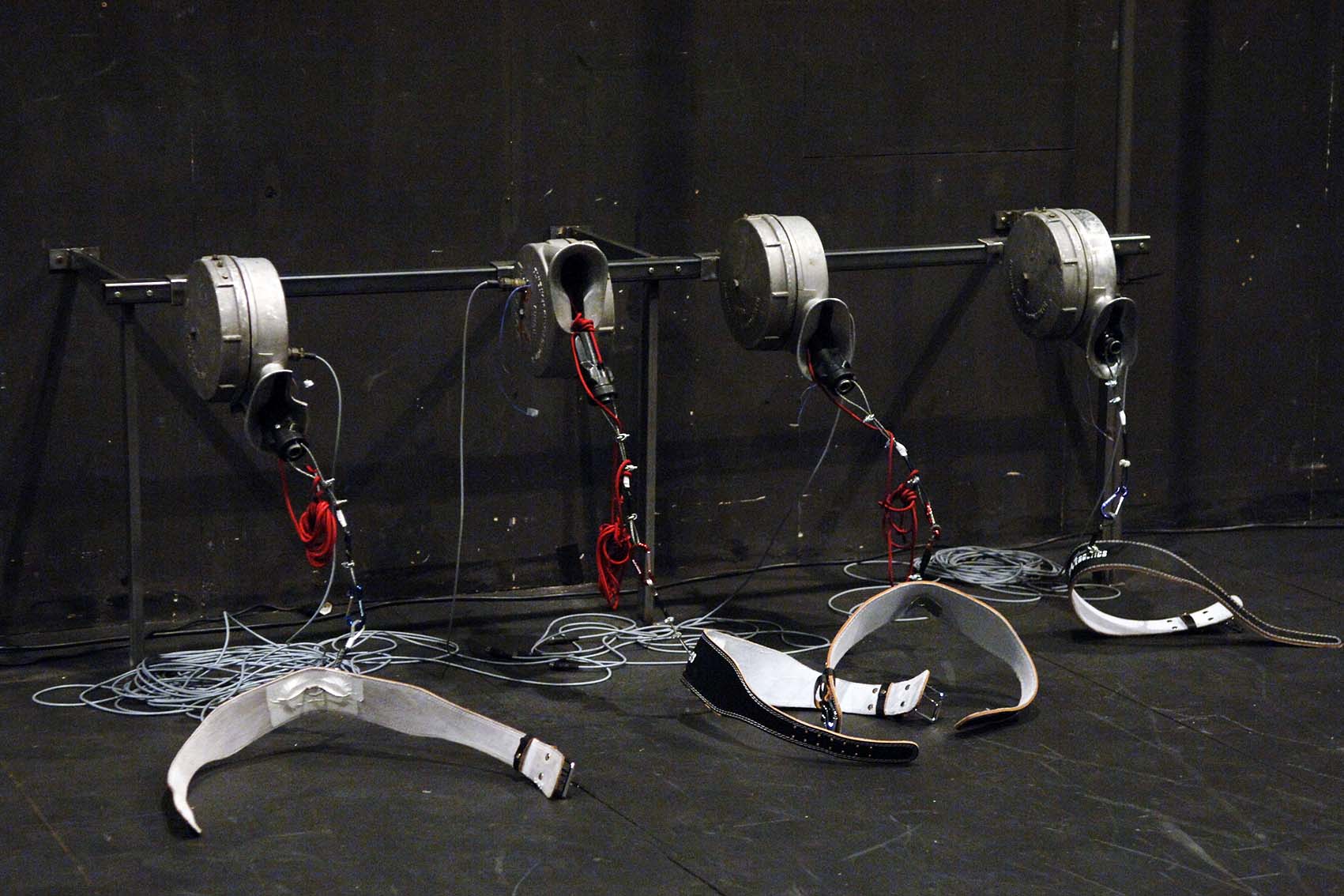 At the centre of a network of eight tensioned strings arranged like the spokes of a wheel, is a body. The body of an individual.
The ropes attached to his limbs, he seems to want to free himself by twisting and contorting. Electroacoustic sounds emanate from each of his movements. The captive seems to progressively choose and coordinate his gestures according to their sound impact.
The sounds are organised into an electroacoustic piece. The individual becomes a musician. He operates and plays this singular sound machine by pulling and releasing the different strings, sometimes with energy and violence, sometimes with delicacy and subtlety. From this physical and virtuoso action emerges an electroacoustic choreography of great expressiveness.

Eight old Von Roll crossbow ski-lift reels are the basis of the project. Equipped with encoders that measure the speed and direction of the string, they control an electroacoustic composition device. These simple reels become real musical instruments. The performer, by pulling and releasing the ropes up to a distance of 10 metres, moves through compositions of concrete sounds, texts and music. He can vary the form and rhythm of the performance. He can also locate certain sounds or sound patterns precisely and play on their repetition by moving back and forth. The relationship between movement and sound is obvious. The performer is both musician-performer and choreographer. 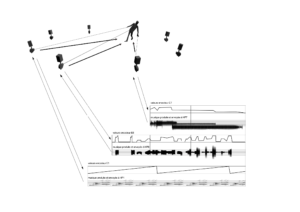