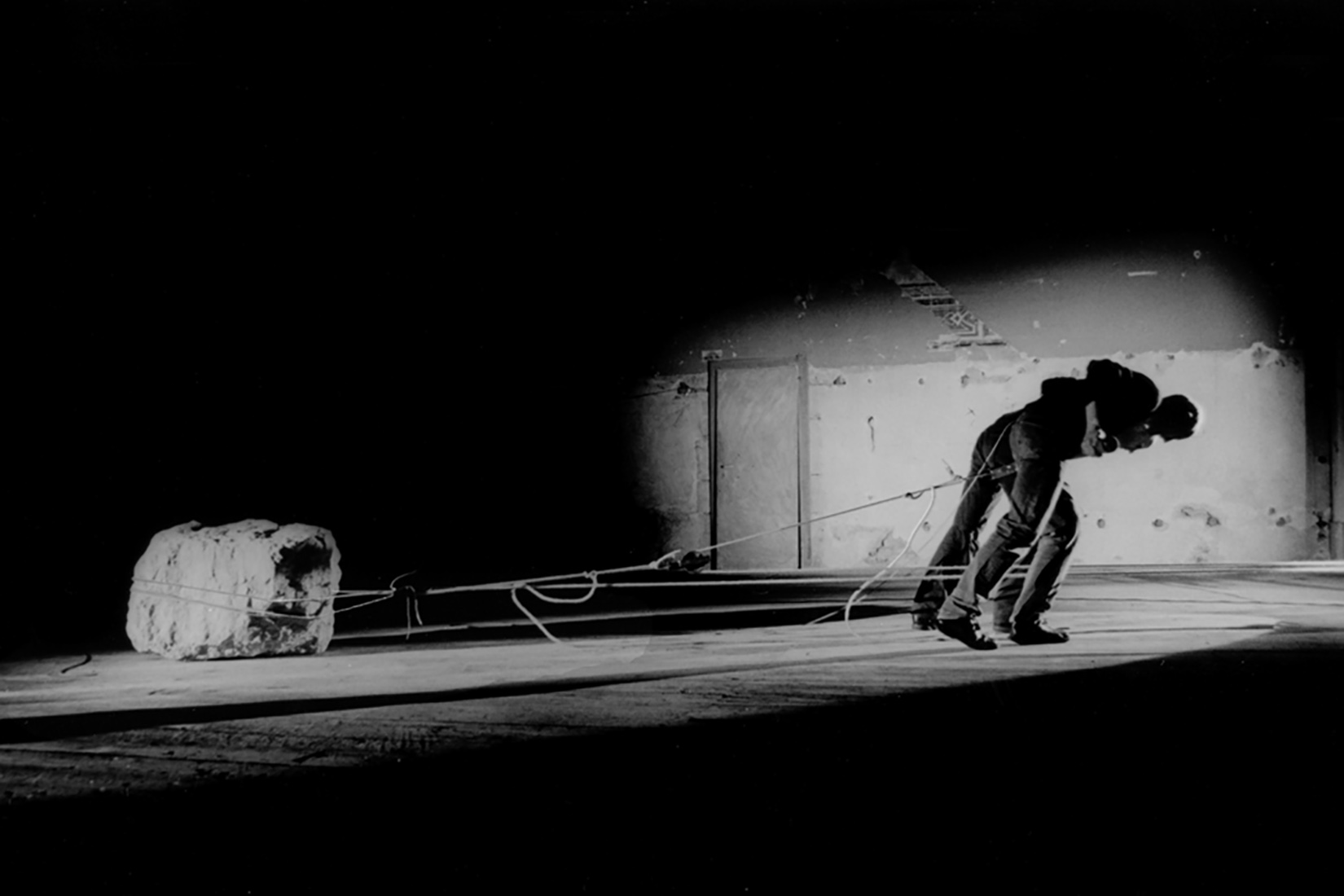 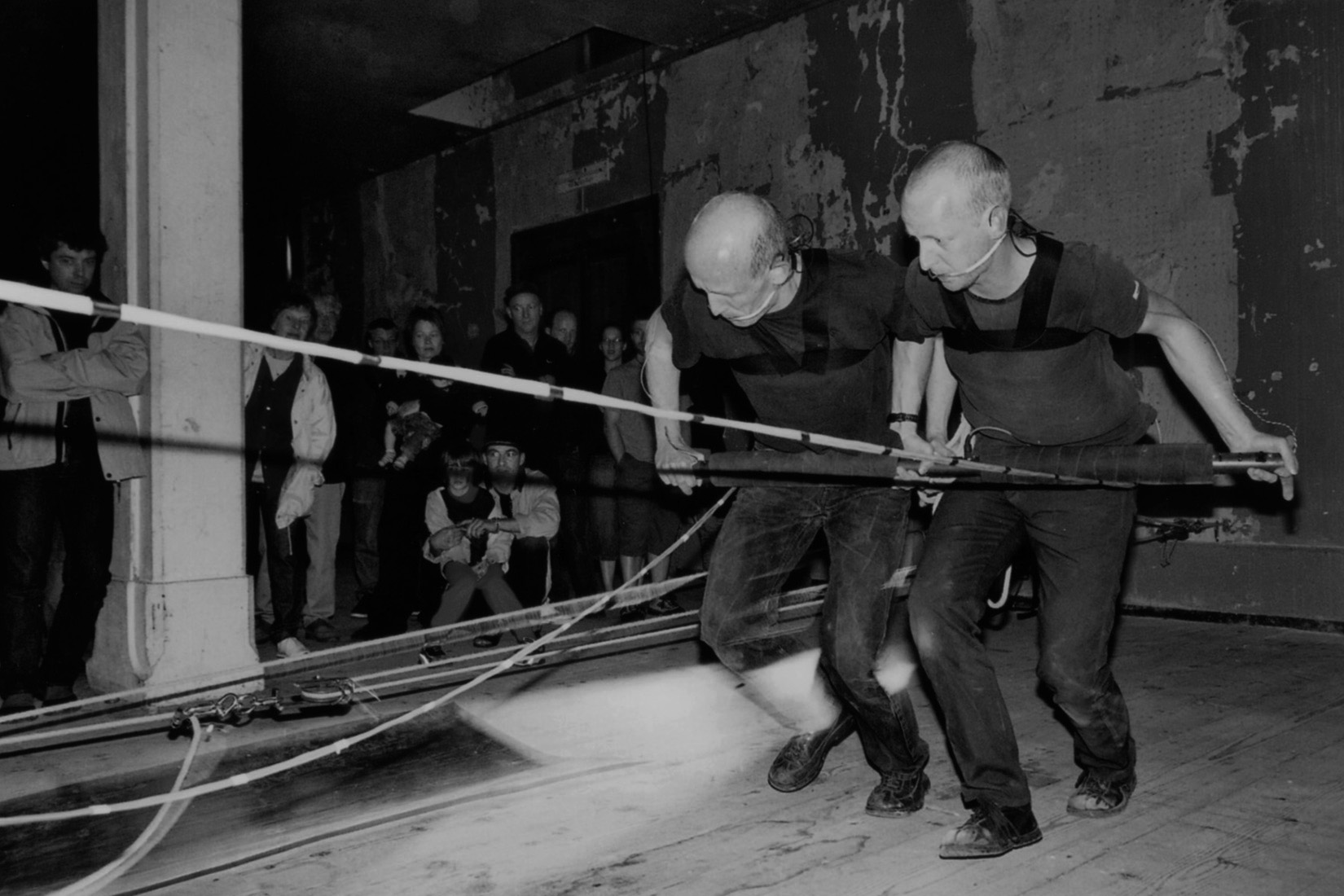 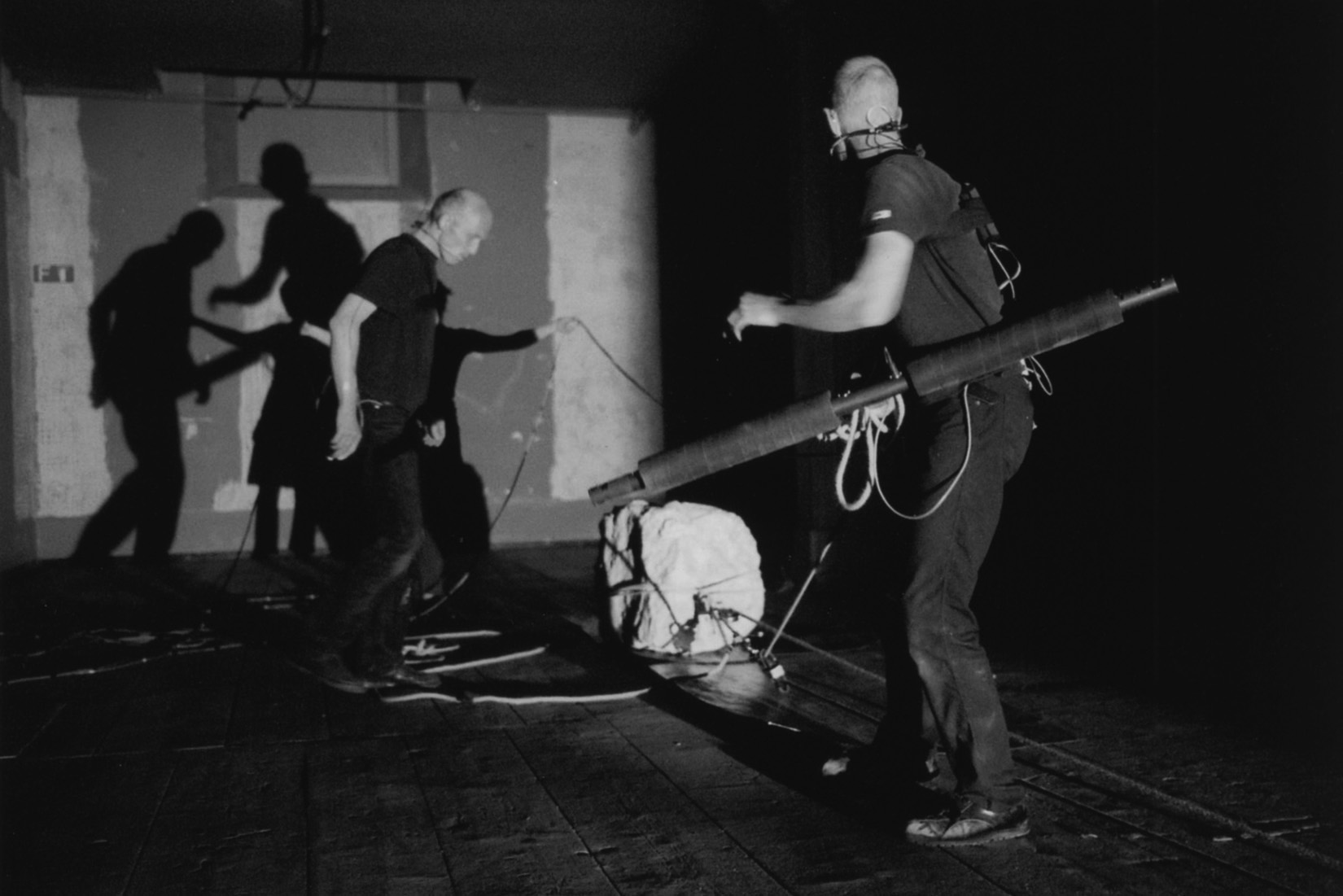 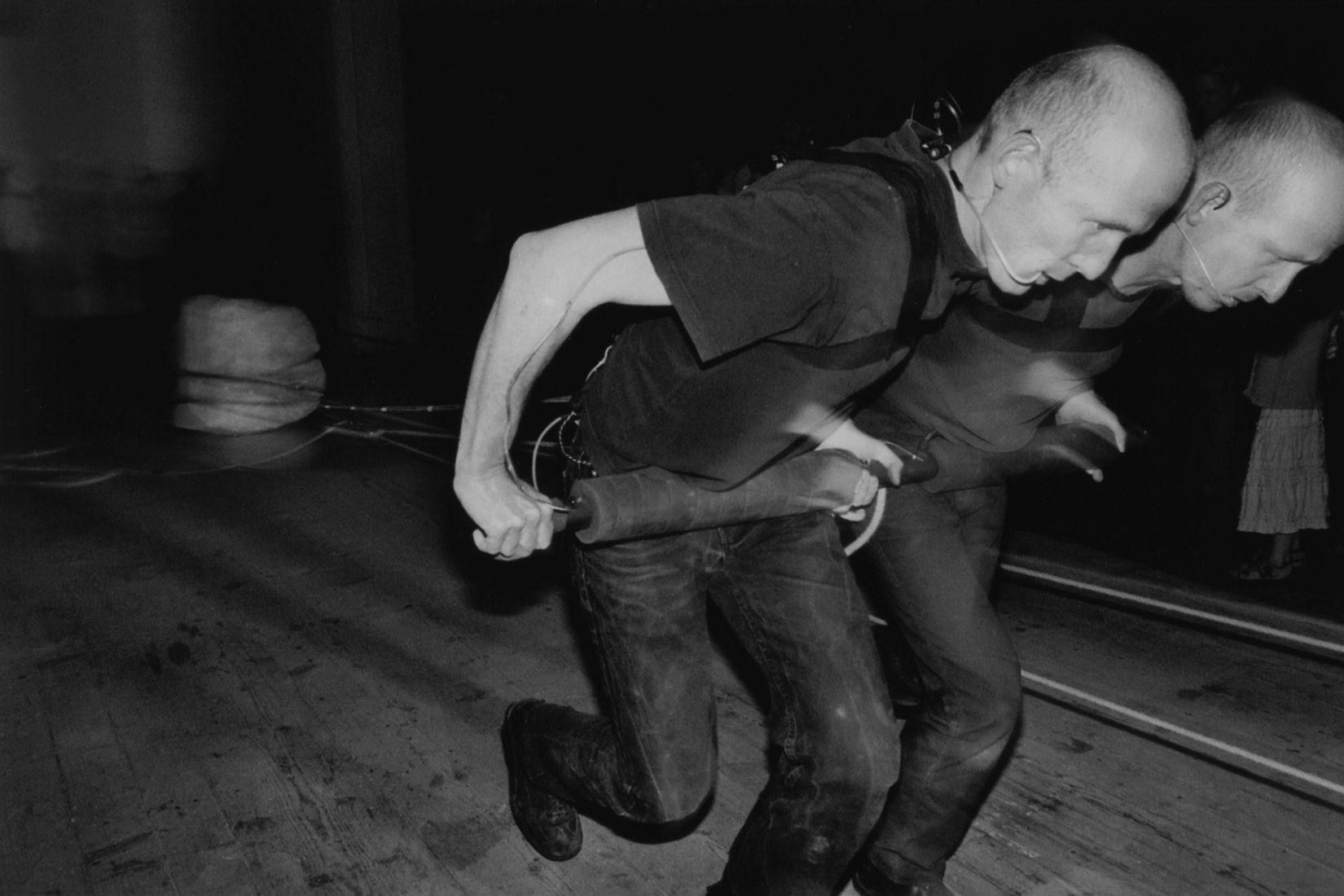 Two individuals shift a massive rock by traction, using cables and pulleys. They are kitted out with sensory captors that measure their physiological activity in real time. Sounds and micro-sounds produced by their physical effort are captured, amplified and re-transmitted in the premises.

From a basic and recurrent labour of strength, Cod.Act attempts to extract a simple sound narrative, a sonography specific to a physical effort.