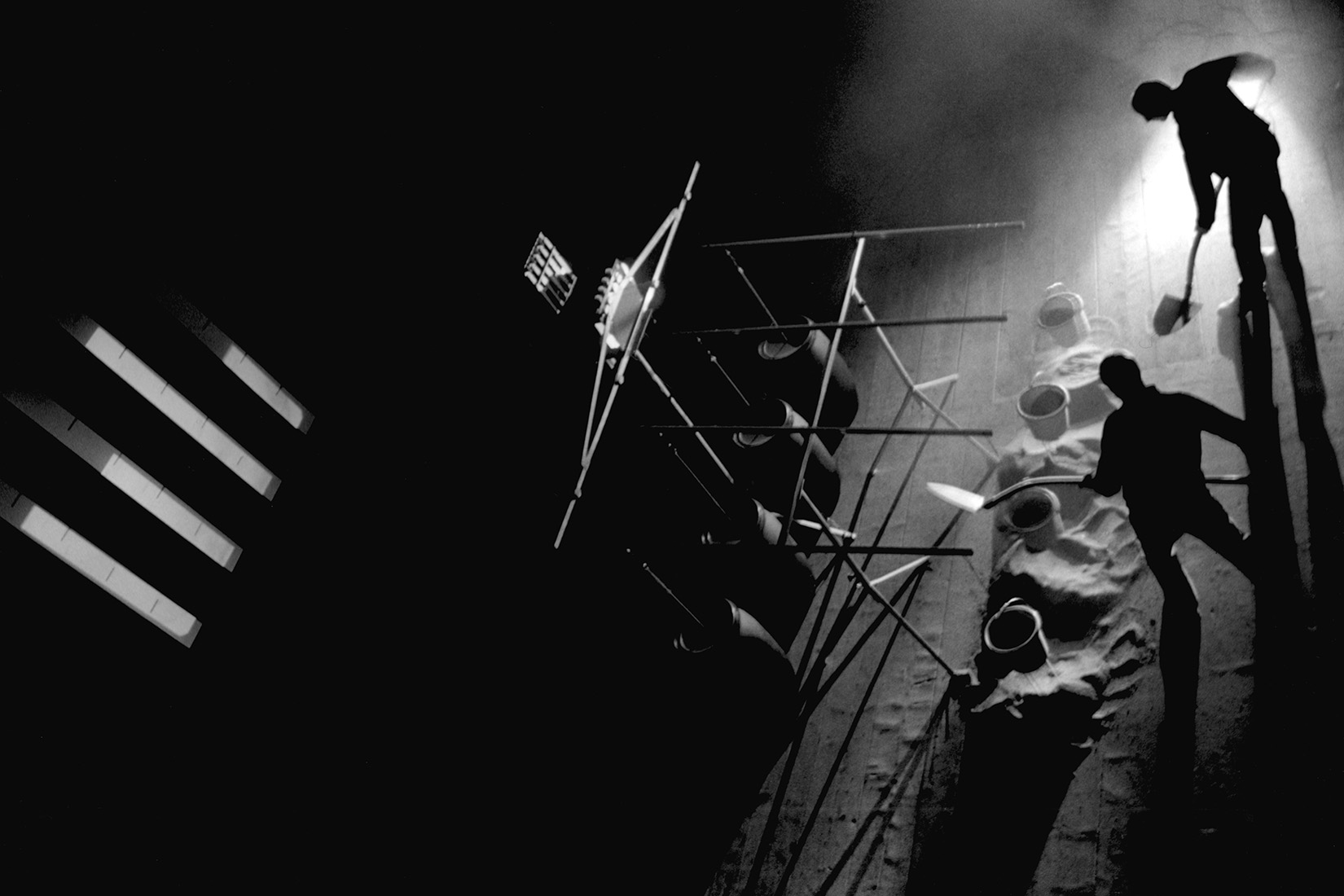 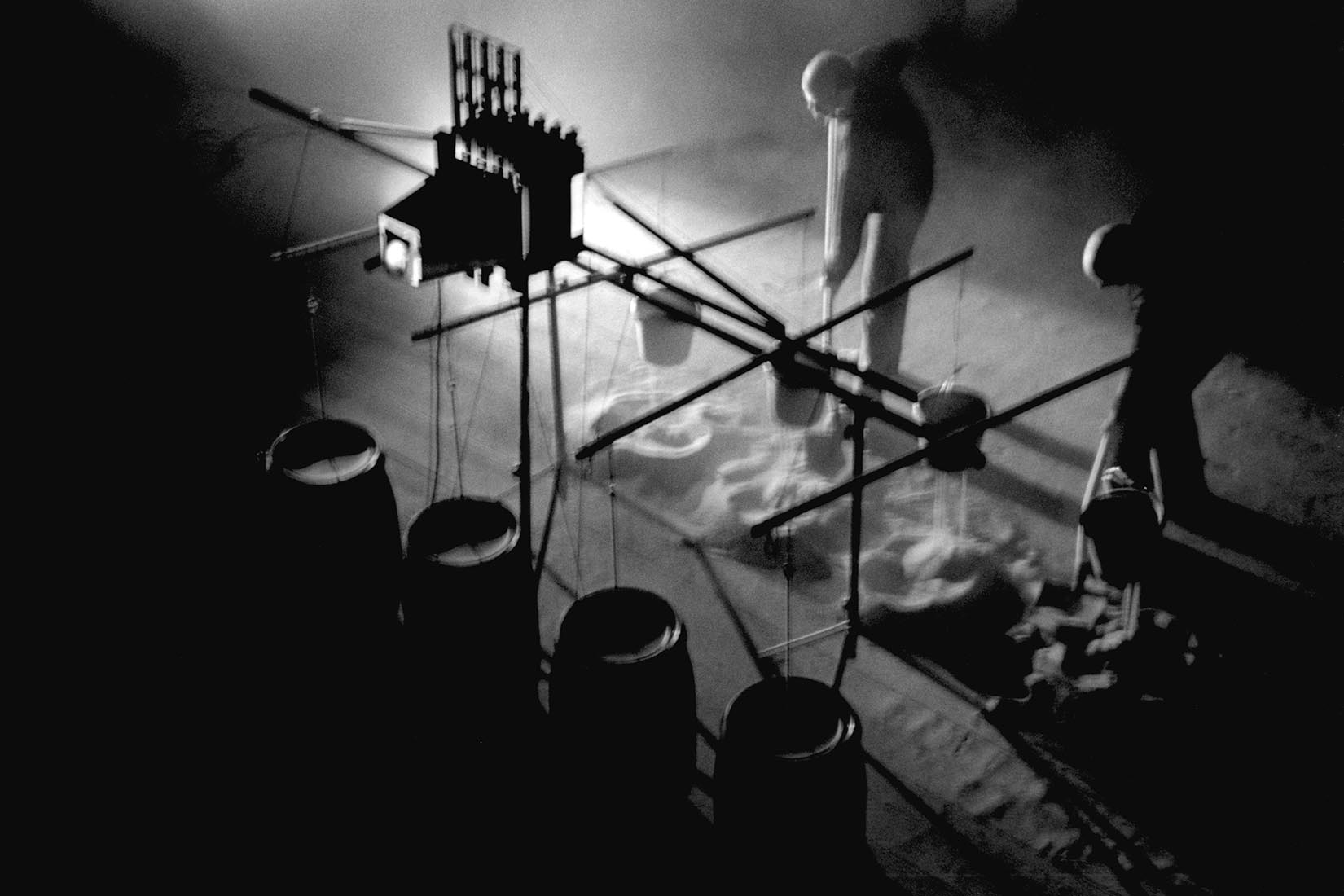 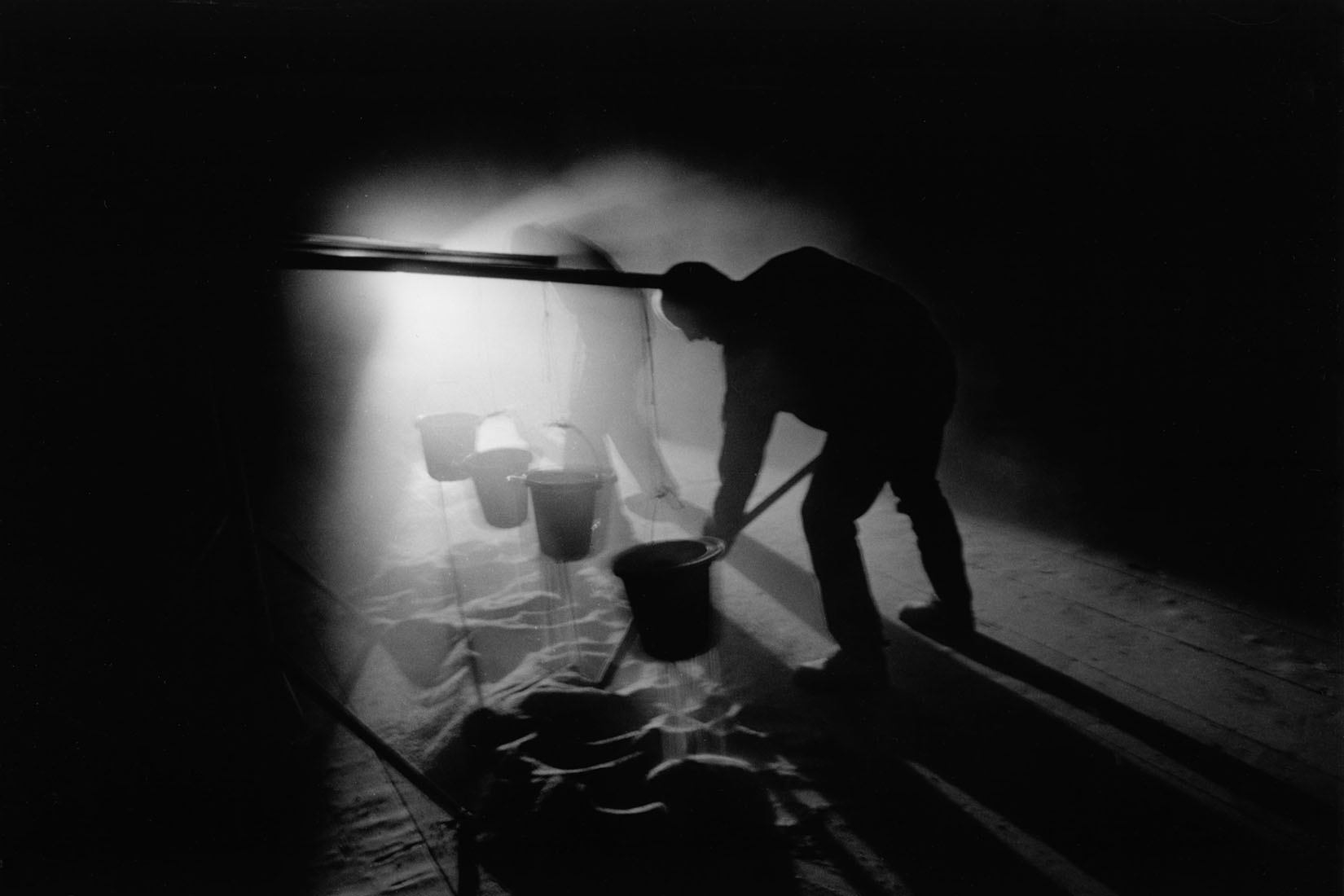 Two workers shovel sand into four buckets full of holes. These buckets are part of a mecanical chain: according to the increase or decrease in the weight of the sand they cause the movement of four balancing poles which, by a relay system of cables and pulleys, activate 4 sliding guillotines, placed side by side in front of a light projector. These guillotines act in the same way as a photographic diaphragm.

The light, freed or obturated according to the movements of the guillotines, connects with 24 photosensitive sensors arranged on four columns. According to how they receive the light, these sensors, relayed by a converter, transmit signals to a sampler. The sounds corresponding to notes, developed in the studio, are then activitated and reproduced simultaneously with the movement of the buckets, and thus of the workers.