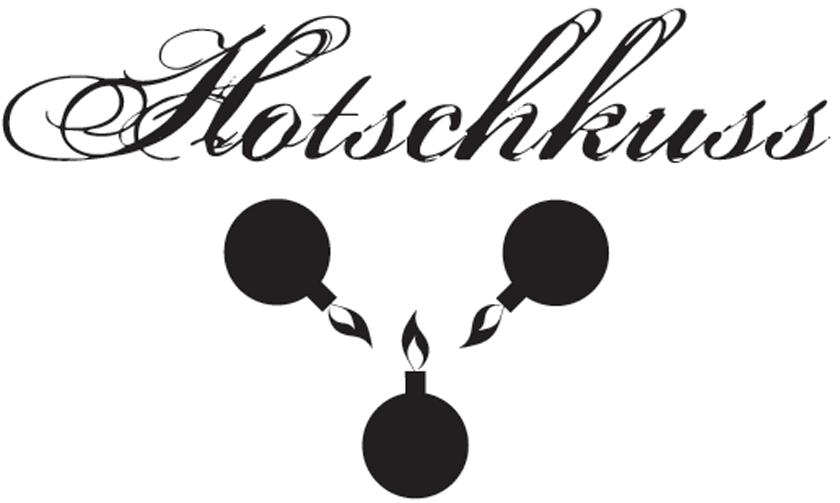 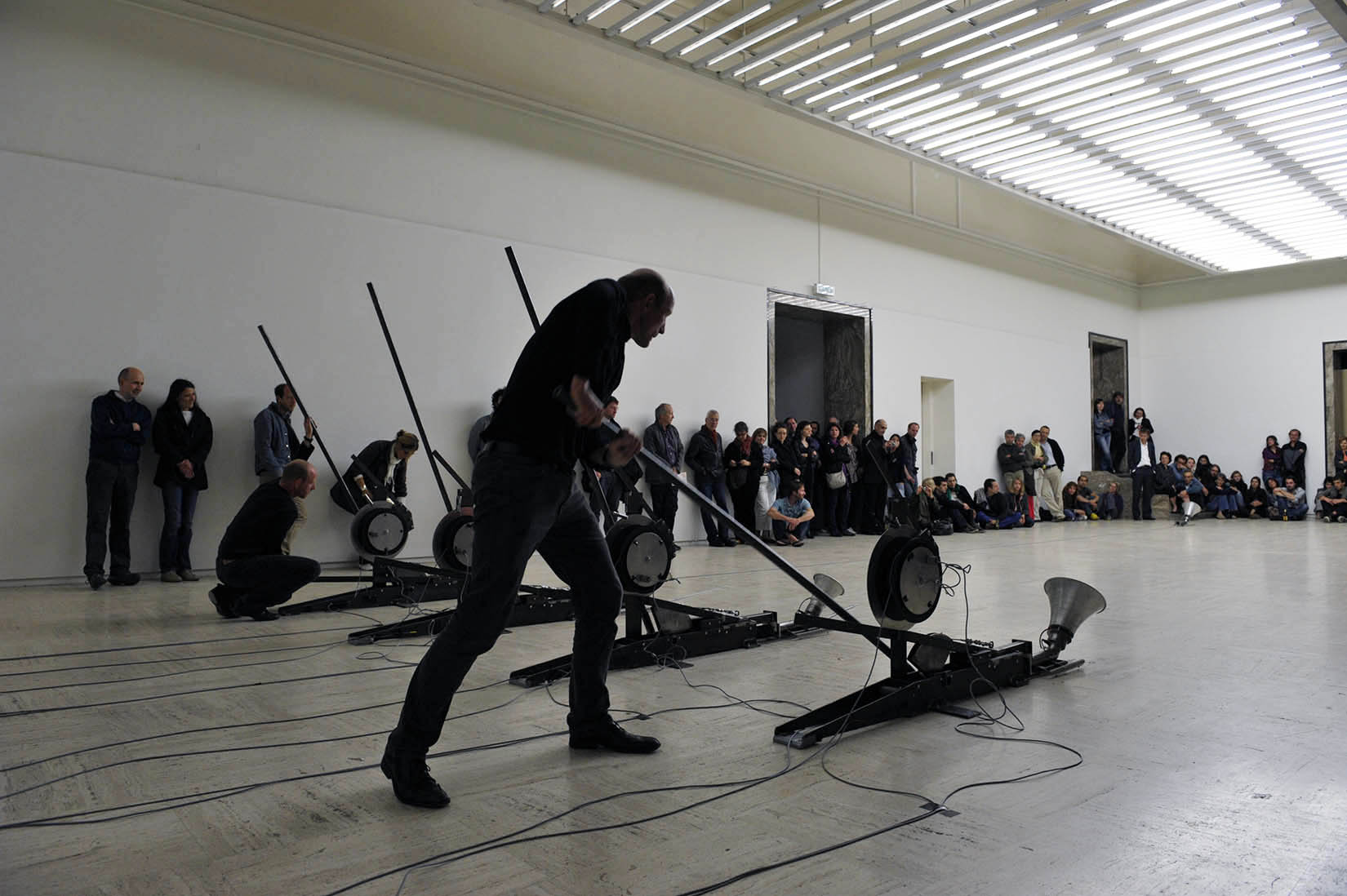 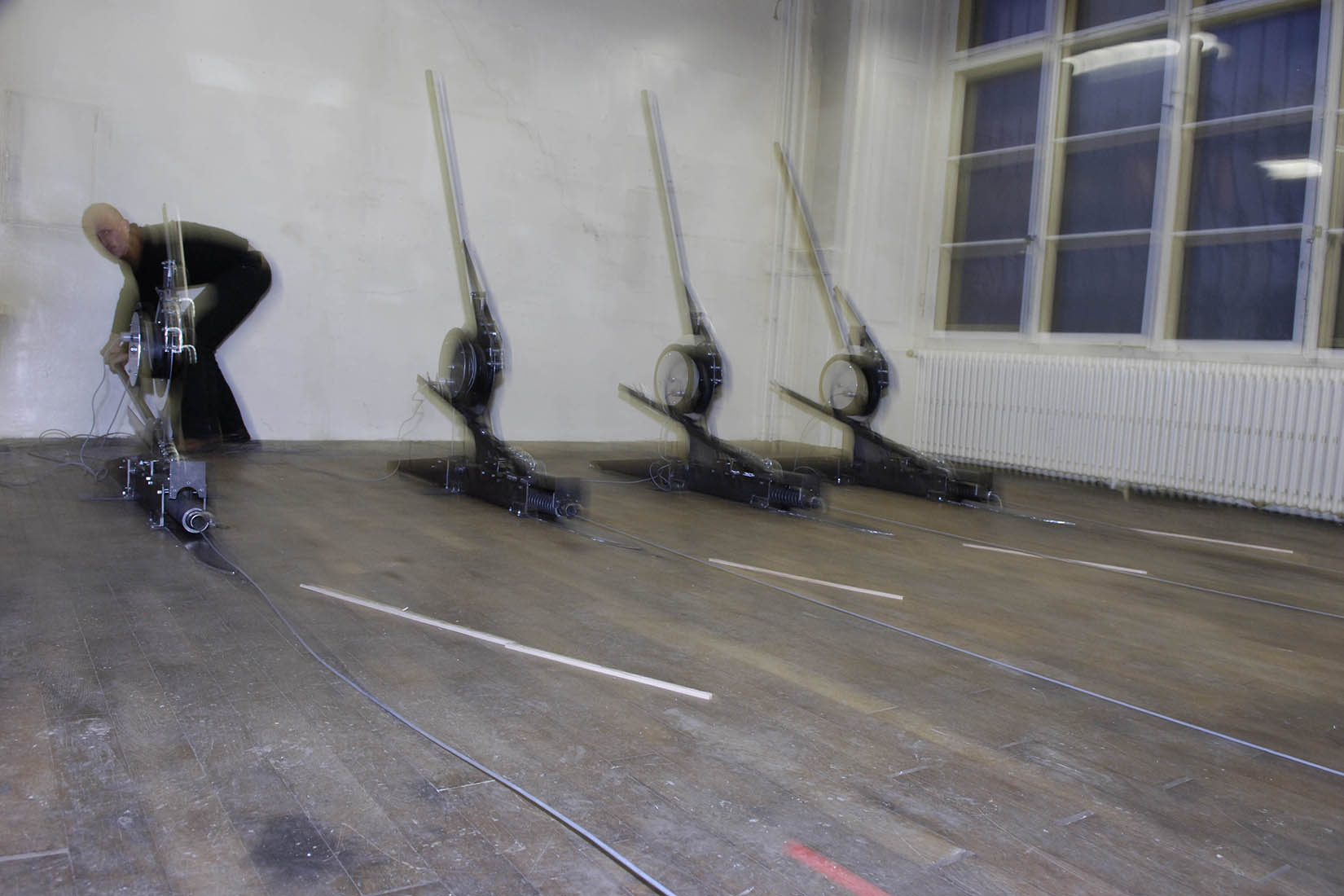 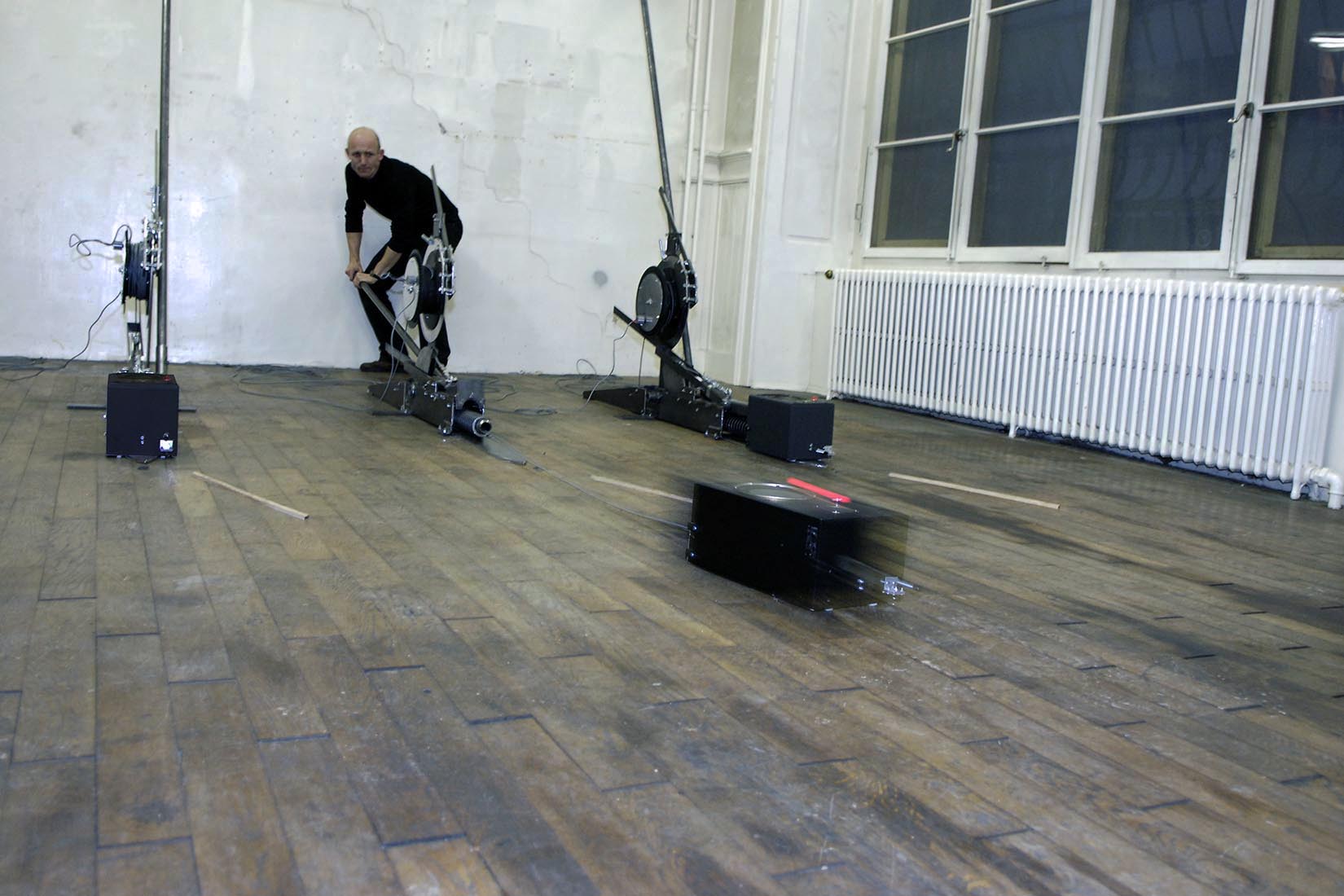 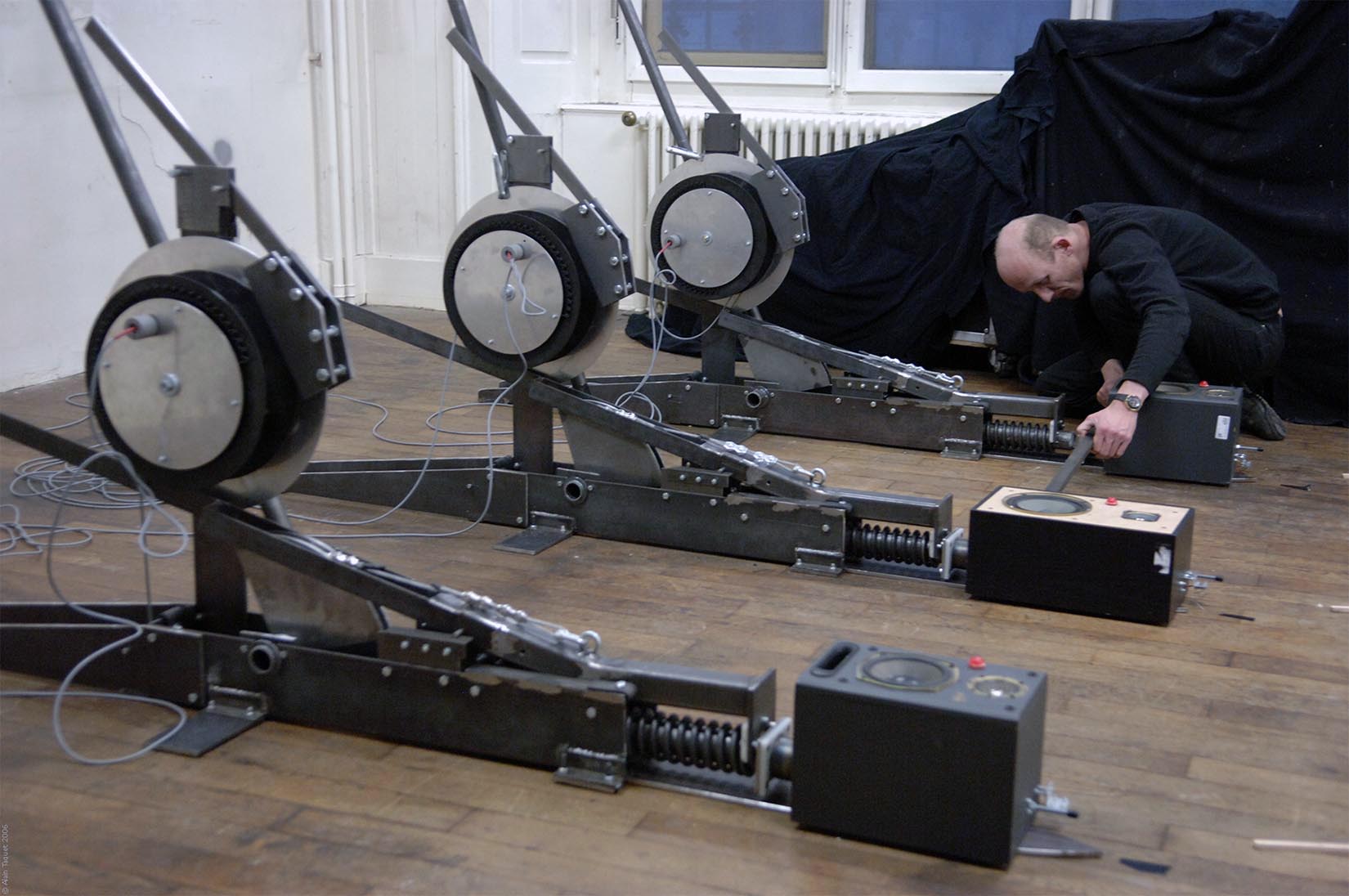 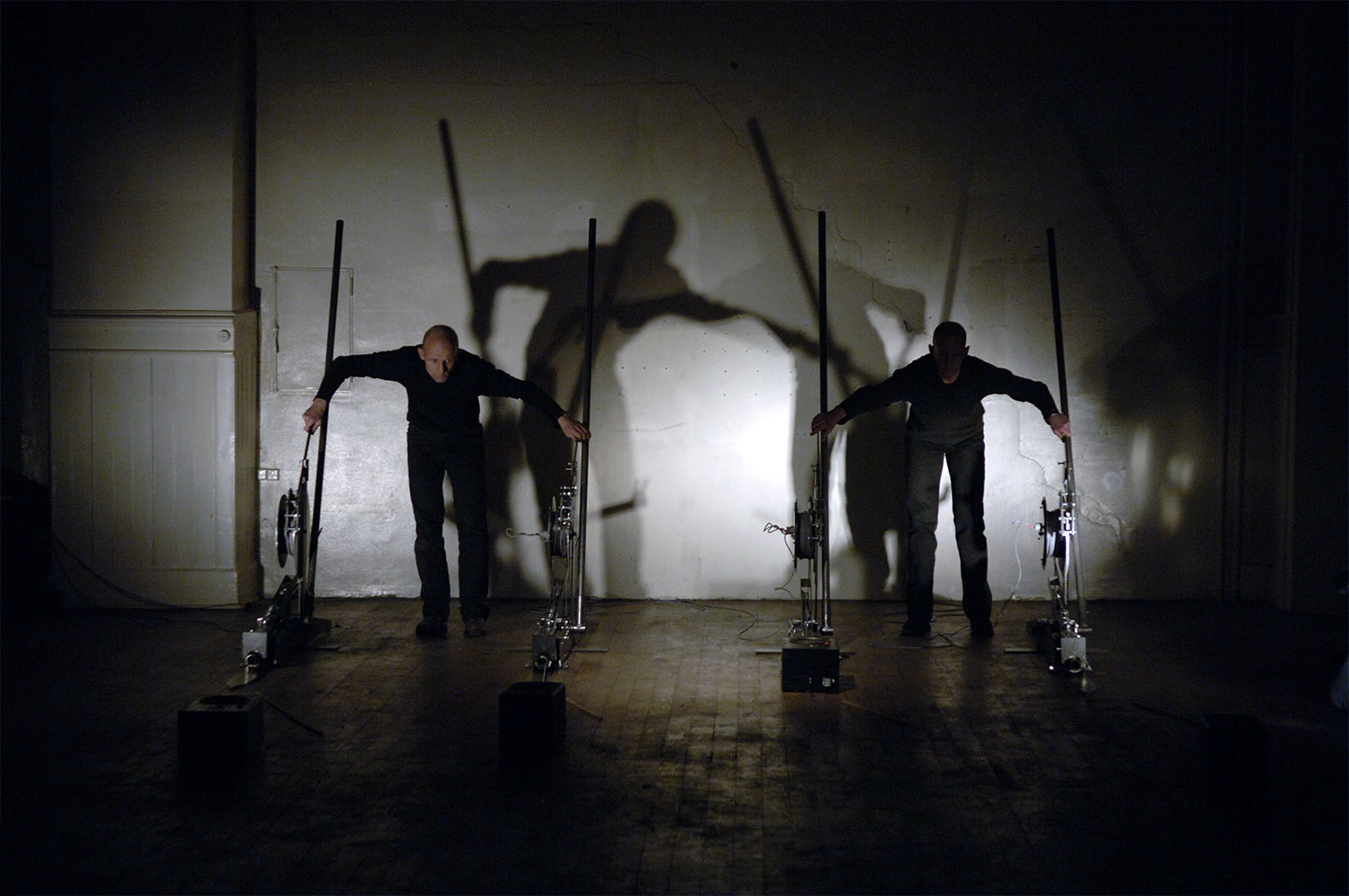 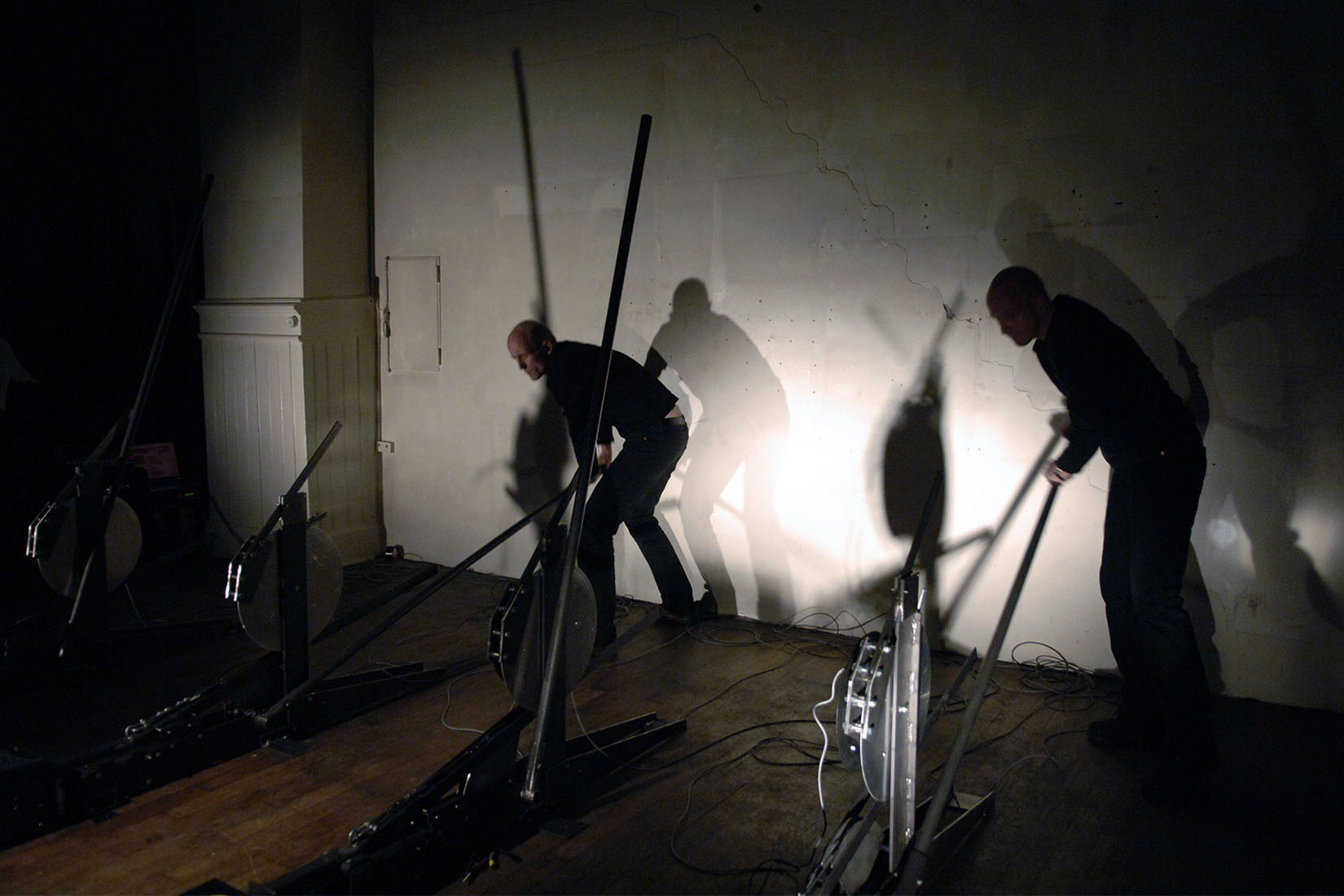 Two performers operate four powerful spring propulsion units. By manoeuvring huge levers, they expel 4 missiles that slide along the floor and then pull them back to their initial position. Depending on their speed, the missiles, equipped with loudspeakers, generate sounds which transform themselves in real time according to the speed of the missiles. The rhythm dictated by the repetitive physical operations of the operators generate sounds that develop and organise themselves to form a unique musical work. Its structure is based on the efficacy of ballistic engineering and consists of a succession of sounds coming from the volleys of shots and metallic deflagrations.